An old hospital on top of a hill in the woods..... 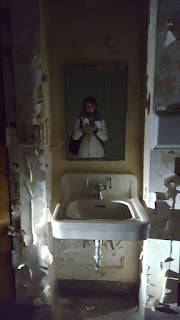 This past Saturday, I visited an old hospital situated on the top of a hill in the woods near Duluth, Minnesota with Jerry, and fellow SIM Crewmates Katie and Mike.  This wasn't just any old dilapidated hospital, it was Nopeming Sanatorium.  One of the largest of the Sanatoriums built in the State of Minnesota, and the largest left standing.   This old hospital on the hill was nothing short of amazing.

I found out about Nopeming when doing research on sanatoriums in Minnesota a few years back.  We decided that the SIM Crew would begin a multi-year project focused on investigating old health care facilities to determine whether or not they were more active than other sorts of buildings.  In my research Nopeming came up.  A huge facility, it still stood; had been abandoned since 2002, and was literally wasting away.  The current owners of the property  was a nonprofit organization looking to rehab the facility into a community center of sorts; but they needed mega dollars to do so.

I sent email inquiries, phoned the number on their website, heck we even stopped by when we went to Duluth for other things, only to find NO TRESPASSING signs and a gate.  Unfortunately we heard nothing back, apparently they weren't interested in paranormal researchers.

We have investigated a smaller tuberculosis facility in northern Minnesota, which remains one of our favorite investigations.  We road tripped down to Kentucky and investigated the famous Waverly Hills Sanatorium.  We investigated an old nursing home in Wisconsin, and by now?  We were pretty sure all old hospitals/nursing homes/health care facilities were quite active.  Still? Nopeming had my thoughts,, and I fired another round of emails, only to be disappointed at their lack of response.

When Ghost Adventures gained access and did a lockdown investigation, filming an episode there in late 2014, I was JEALOUS.  But?  They have the money, and that talks.

Every once in a while I do a search for Nopeming online, something last week told me to google, and to my surprise?  I found that Nopeming has opened up its doors to tours, investigations, and other events to raise money to renovate the property.   I found out that they were hosting night tours last Saturday night, and so the plan was actioned; the four of us hit the road do have a look at this property that has nagged me for so long.

It was a cold and windy night on the top of that hill; the temperature registered 14 degrees outside at 9:15 when we arrived; the temperatures inside the building were a balmy 37 or so.  It was a beautiful night, the stars were out, the moon shining.  I thought if I had to be admitted to a hospital where I might die?  This would be a wonderful place to be.  Beautiful, serene, wooded, and the scenery majestic.

We walked about 3/4 of a mile from the gate to the building, along the way we stopped to take a look at the aging smokestack and the crematorium.  A grizzly place where they cremated many who died of the infectious disease; the roof has fallen in and the owners of the property have been asked by the local building inspector to demolish the building soon. 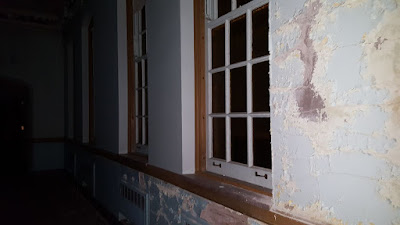 We entered the sanatorium through the back, the chapel in fact, which is really on the third floor of the building; we went on through to the floor and explored the various rooms, patient rooms, etc.  This building is in great disrepair; paint is peeling on every wall in the place, and water damage is extensive   It looks far worse than the other abandoned hospitals I had been in by far. 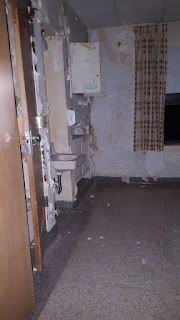 As we toured through we pulled out the KII meter when we were without other people in a few rooms where we felt something was happening, and yes we did have hits, there was much activity going on around us.  Were the spirits gaining energy from all the people on this nighttime tour?  Could be, but there is much happening there, invisible to most; most clear to those of us who investigate the supernatural and have intuitive abilities.  Then it happened.  We were in a room where we felt there was a spirit, and bang.  The battery on my cellphone was drained.  JUST LIKE THAT.  Yep, that was the only camera I had, as this this was not an investigation and the tour instructions were that no video, no professional camera were allowed.  So?  I was done shooting photos. 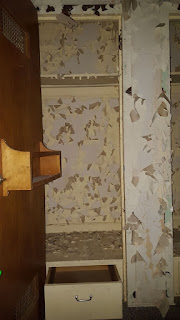 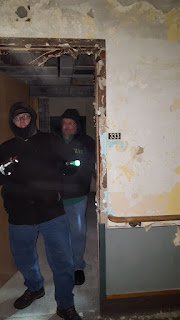 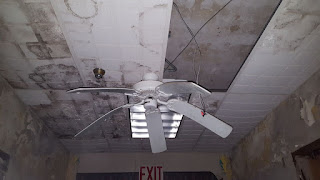 Nopeming is an amazing place.  Have no fear, I am only beginning....we will return for an investigation in the coming months, this little tour?  Was just what I needed for now; to eyeball the place that has been haunting me for years.  This one?  Will be something.....I have no doubt. 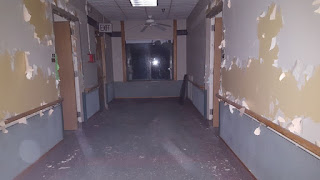 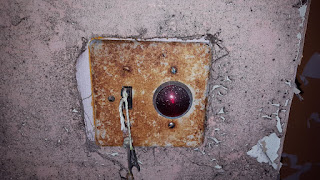 Posted by Stephanie Ayres at 8:02 PM 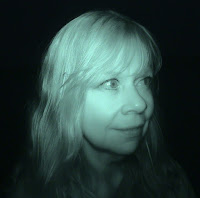 Yep, it’s that time of year, somewhere in between fall and winter; the veil between the worlds of the living and the dead remains thin.   Halloween and Samhain have passed, and I am seeing shadow figures moving around frequently, especially when I am out in the dark (morning or evening), and that tells me that those on the other side?  Remain on our side, often making themselves known as it is easier for them to do so.

Disconcerting?  Well for those of us who are sensitive intuitives, not so much.   I do see them throughout the year, but not at the rate they are making themselves known to me currently and over the past month or two.   I  have to admit though when I do see a fleeting shadow person darting by unexpectedly? the hair on the back of my neck stands up.  I have been surprised many times the past week or two, while out walking my pups in the dark.  These figures are sooooo visible!  Astounding to be sure, but hey, they are not to be feared; they are just lost.


One of the questions I have, is do these shadow figures and ghosts gain more energy when the moon is full?  I believe so; the moon was full earlier this week, and I have seen quite a few the last few days, darting here and there, sometimes hiding behind a tree for cover after they’ve been spotted by either me or my husband Jerry, who frequently accompanies me on my evening walk with the pups. 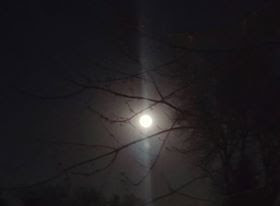 When you are out and about in the dark in the coming weeks, pay attention to that action at the corner of your eye, it just might be a visitor.
Posted by Stephanie Ayres at 10:45 AM