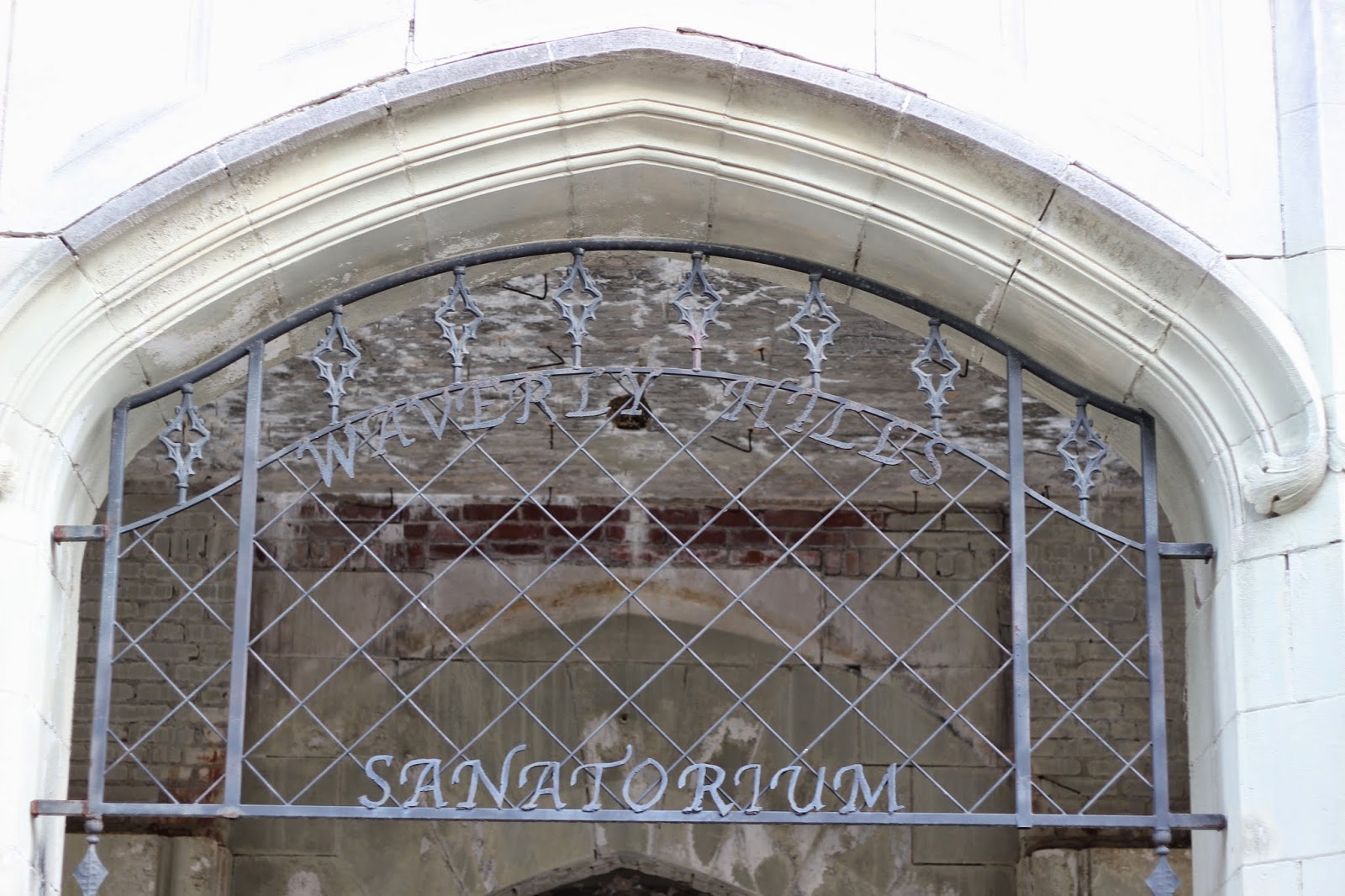 Last week I, along with 5 other members of the SIM Crew, were privileged to investigate the Waverly Hills Sanatorium in Louisville, Kentucky.  This is a place we have wanted to go to for years; certainly since we began our careers as paranormal investigators.  It is said that this old building is the most haunted place in America, and for good reason we found.  We have watched the TV ghost hunters investigate this old hospital, and heard their claims that this is the scariest place they have been to; that in itself is reason for making the journey to Kentucky, as this crowd has been all over the world and they have singled out Waverly Hills as the most active.
First a little history of this place.

The big Sanatorium opened for patients in 1926, and was specifically built to treat tuberculosis.  This killer disease, also known as the white plague, is quite contagious, and in 1926 this property was located away from the most populated areas of Louisville.   Numbers vary, but it is said that people died from TB in this building each day during the height of the epidemic.  So many, that the hospital administrators decided to use the supply tunnel to move dead bodies out of the sanatorium, away from the eyes of the patients to keep morale from diving.  How many died there?  It depends on what historical document you are referencing; some say around 8,000+, others say it could be as high as 63,000 – I guess we will never know for sure.  After antibiotics were discovered, the building was no longer needed for TB patients, and it became a nursing home of sorts.  In 1981 that also closed, and the building became vacant.  The current owners, Charlie and Tina Mattingly bought the property in 2001, and are doing what they can to save it.  It has since become a supernatural mecca, and I’m sure no one leaves disappointed.

This post describes my experiences and feelings only; when our evidence review is complete, I will write another blog complete with evidence.

Our team was very excited to experience the building, and the 15-hour drive there only heightened our anticipation.  Thankful that the rains and storms that we drove through were gone, it was a sunny evening, cool and comfortable.  This was a MPC (Minnesota Paranormal Coalition) event, and there were 18 of us all together, six from the SIM Crew, and members of 4 other teams.  I became quite apprehensive as we had dinner with the other teams just before going to the property.  My heart raced; my hands shook, I knew it would be a tough night for me.  As a sensitive, I worried that this place would be too much for me - I was afraid I wouldn’t be able to do it.


After our dinner meeting, we headed to the property, and honestly?  I was SCARED.  This feeling rarely happens for me, and once we got near my head began to throb.  The first sign of a great deal of paranormal activity had shown itself.  Now I was really anxious.   As we drove in, the first site of the building took my breath away.  The old hospital is MASSIVE, four full floors, and a partial fifth floor; its sheer size is daunting to say the least.  My eyes rapidly darted everywhere as we walked to the building that houses the administrative office and classroom, and I wondered who was looking back at us.  As we all assembled our excitement was high.  The owner, Charlie, told us the building was ours for the night, we could either be toured around the outside for photos, or we could go on our own.  We chose the later, and we walked the property. 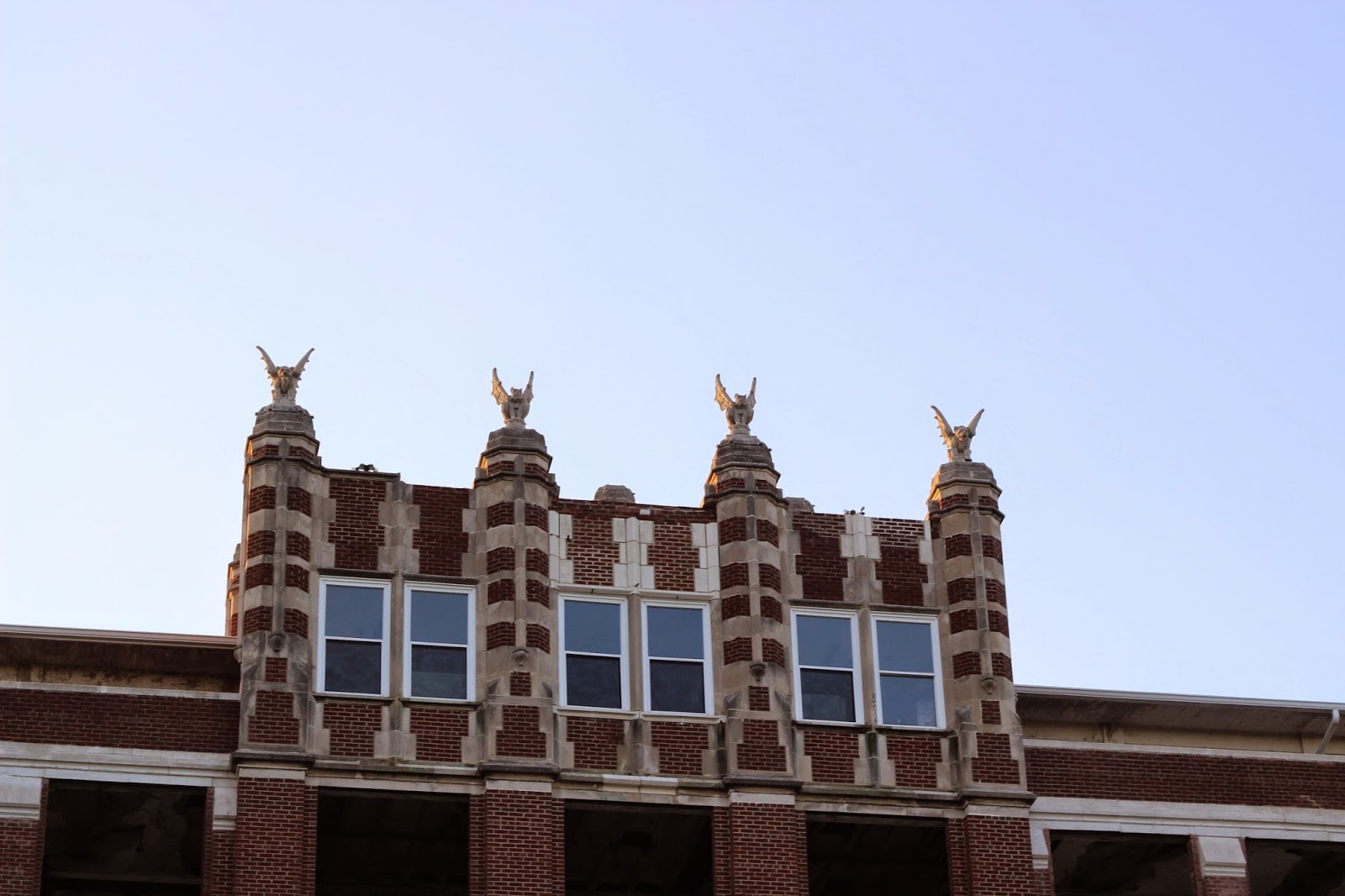 The building is amazing no doubt about it; beautiful gargoyles adorn the building at several points and griffins watch over the grounds from high atop the roof.  These gargoyles and griffins are rich with detail and artistry, and I am certain they have seen their share of grief and death.   It was remarkable to see that a building for the sick had such beautiful architecture and was so immensely artistic; so different than the buildings of today.   I took lots of photos, photos of us, photos of the building, photos of the gargoyles, and pretty much everything else.  As we stood staring at this place, Jerry mentioned that he saw a shadow figure moving about.  Like I needed that to know that ghosts were all around us, I knew they were by the heaviness I felt in my chest.  We headed back to the admin building, and then a Waverly guide took us for a tour of the building, to show us the hotspots, then we would be on our own.  Amazing, just amazing.  Our guide told us of her experiences, apparitions, touches, sounds, voices, you name it, and she had seen it all. 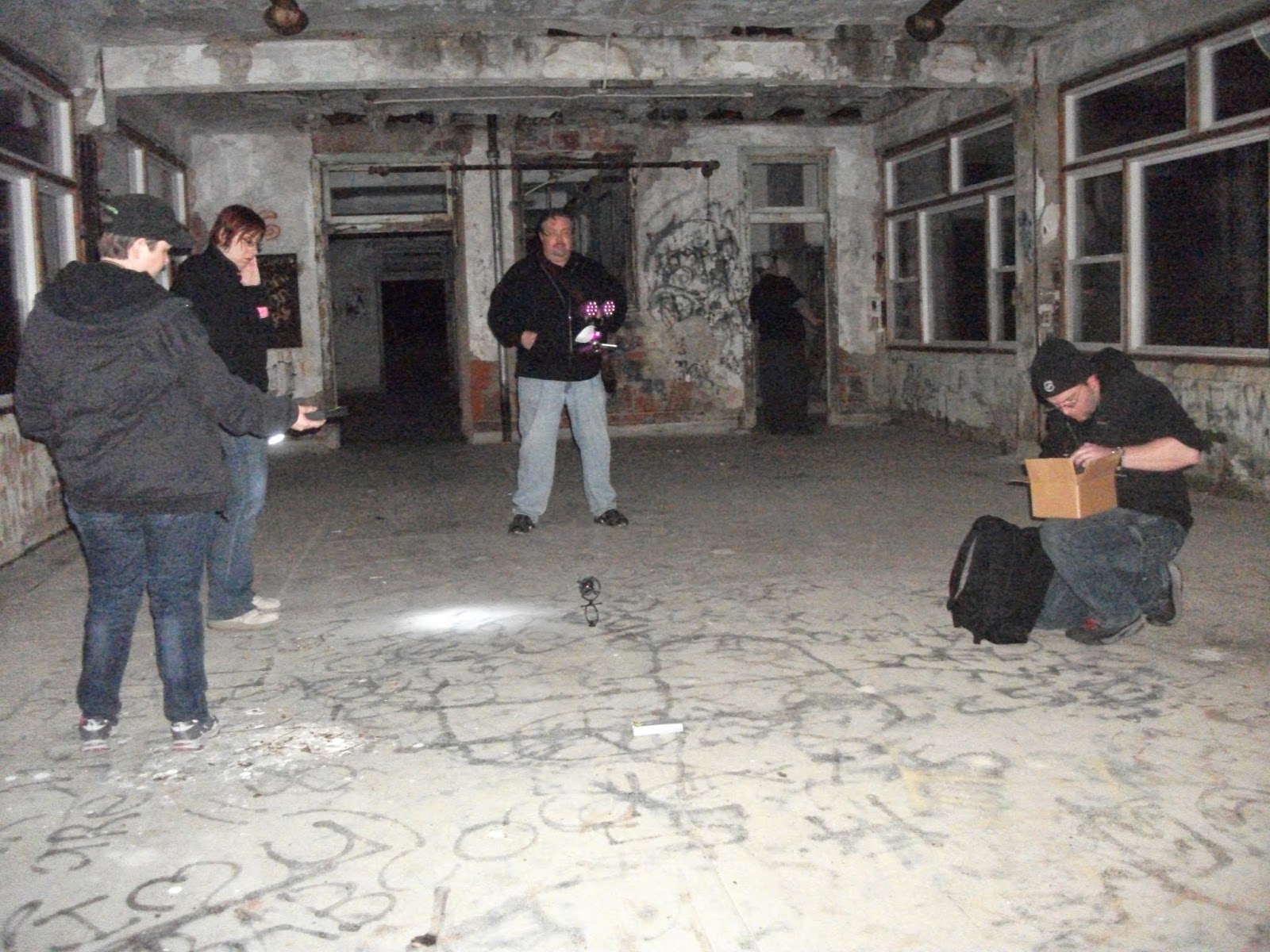 Tour was done; Jerry smudged those of us who wanted to be protected before we began.  I was in a conversation with Charlie and Tina when my team said it was time.  Oh my, now I was really nervous.  We were assigned the 4th and 5th floors, so up the staircase we went to 5.  Children were located on this floor; in fact they had a playground of sorts on the rooftop here.  It is a partial floor, and we began our investigation with an EVP session, and a balloon on the floor in what was called the solarium.  We had been getting hits on our K2 meters, and so we began asking questions.  The balloon moved about on its own, but I’m not certain if it was a ghost or the wind?  I felt like there was something behind me towards and I turned from the team and began taking photos.  I just felt that someone was there.  Yep.  There was, the photo below shows an apparition.  This area unbeknownst to me was room 502, which is the room where a nurse hanged herself.  The story goes that she was pregnant by a doc there, had an abortion, and found out she had tuberculosis.  Who is the apparition?  Most definitely male, it is a question that probably won’t be answered.


We went down to the fourth floor, and we split up our team into two.  I had Jerry and Jeff on my team.  I stood there staring into the darkness of the vast hallway before me, somehow not wanting to enter.  This feeling was foreign to me, as I am usually the first one in a space.  Not this time, something was telling me not to proceed.   I did though, ignoring the hairs standing up on my neck; I was flanked by Jerry and Jeff.  The minute we turned our flashlights off it hit me; a big wave of sadness, despair, and hopelessness.  I cried, and honestly I sobbed.  The spirits were imposing their feelings on me, and I couldn’t shake their feelings and neither could I stop the crying.  Jerry thought he should pull me out as it kept on and on, but I refused.  We walked through the hallways and finally, I was able to control the sobbing, but the feelings remained, and I half cried the whole floor.  This feeling was immense, and difficult to handle.  I knew then just how those patients felt; would they ever get out of there?  Many didn't and I'm pretty sure when they came through those doors death was on their minds. 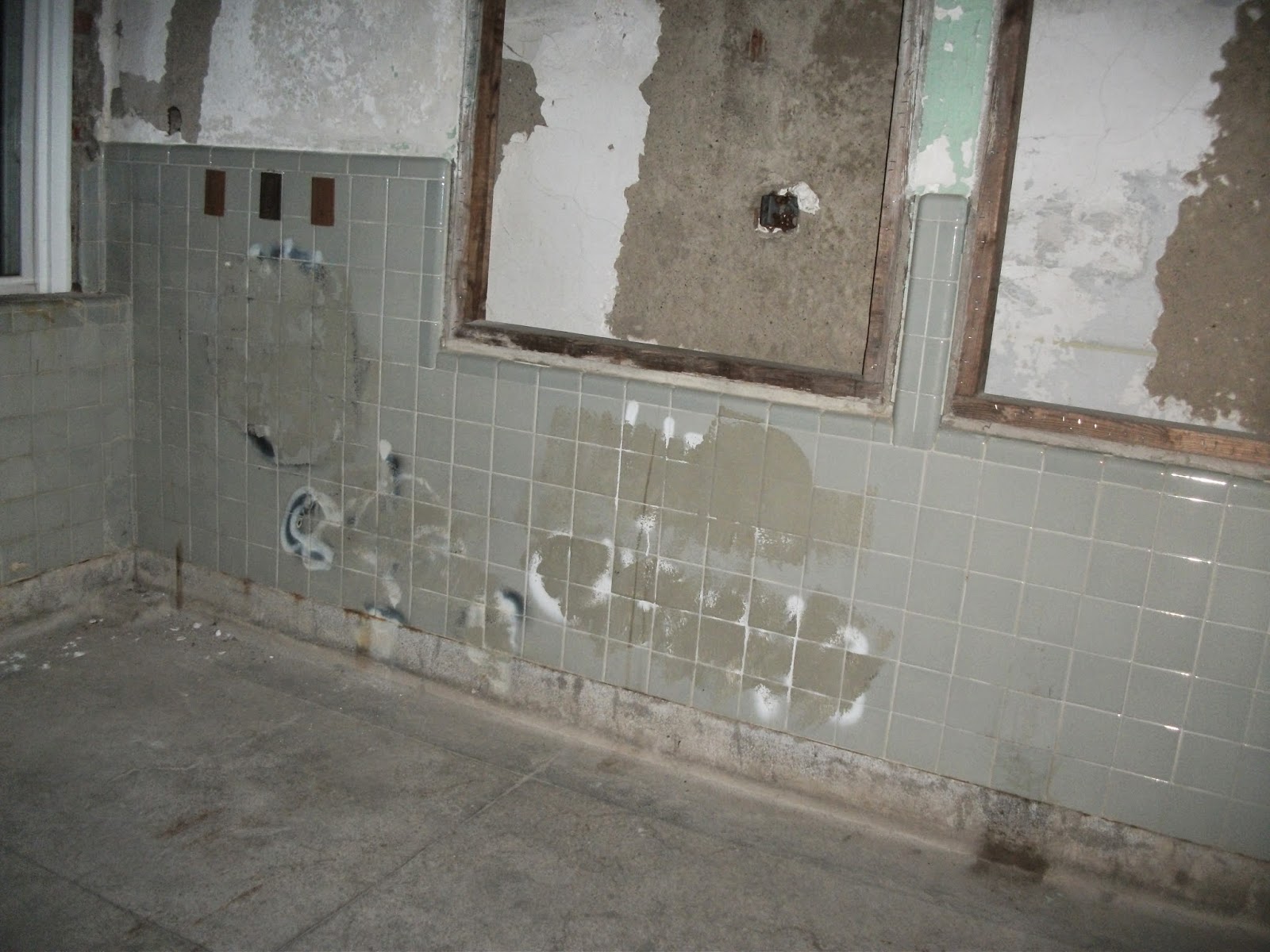 In the Surgery room, we met up with Amy, Katie, and Mike.  Back in the day, they performed horrific surgeries on TB patients, including opening up their chests so that the air could get directly to the lungs.  Gruesome, and awful, I can only imagine the pain these people were in.   We did EVP work, shot some photos, and this time?  Jerry and Mike were the victims of the spirits of Waverly Hills Sanatorium.  Suddenly Jerry couldn’t breathe, Mike couldn’t move.  We knew we had to get both of them off the floor, and Jerry helped Mike out of that room.  We walked down the stairs to the first floor, then down a flight of stairs to the tunnel to the admin building.   Although better away from that floor, Jerry pulled himself from the investigation.  The feelings I had been having had left mostly by this time, and I was ready to move on.   It was time to switch floors and so we carried on, leaving Jerry in the capable hands of Tina Mattingly.

Our next floor was the first floor, and we investigated the Morgue, the freezer room where they kept dead bodies, and the body shoot.  Not as haunted as the 4th floor, at least not this night anyhow, we switched at our allotted time to the second floor, then back down to the admin building.   Jerry decided to come up to three with us, and he wanted me to try an experiment with him to try and push the spirits to our non-sensitive teammates.   Jerry and I went out to what was the porch area of the wing, while the others stayed in the inner hallway.  We faced each other, held hands, and concentrated on the spirits around us and asked them to move into the building.  I felt the spirits swirling, swirling around us before leaving; Jerry felt like they pushed him a bit. 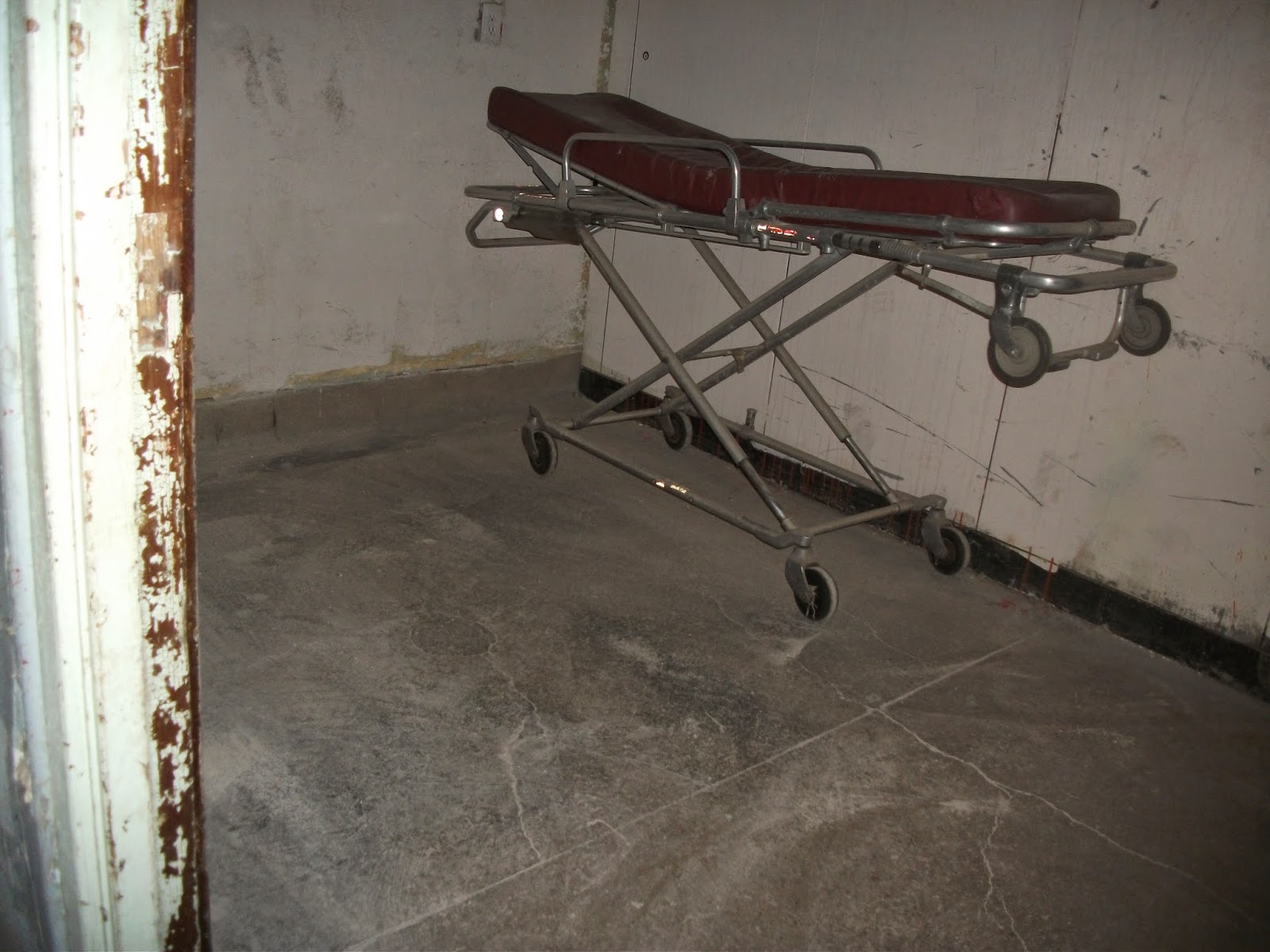 We have not yet reviewed all of our evidence from this 8-hour investigation, and I am assuming it will be a bit before it is complete.  However, I know that this building is rife with spirits and ghosts.  I felt them, they touched my hair, and they somehow made me feel the desperation they felt.  I could feel them with us the entire time we were there.  I can totally understand why some TV ghost hunters say this is the most haunted place they’ve been, it surely is for me, without a doubt.
My headache left just as soon as we drove off the property.  The supernatural does that to me; and now?  I can’t get that place or those spirits out of my head.

A big THANK YOU to Tina and Charlie Mattingly for the hospitality, and for saving this amazing place!

Posted by Stephanie Ayres at 7:51 PM