After a long, cold, difficult winter and a quiet time for supernatural investigations, our crew is once again hopping. We have had investigations on the calendar each weekend, exhausting and fun all at the same time and our hotline is just that: hot.  Tips and reports from people all over Minnesota.  On Wednesday we celebrated May Day, the Celtics called it Beltane, and it is believed the veil between the worlds is thin, allowing ghosts to move into our world with ease. Is this the root of all the activity? I believe it is, and the closer our investigations have been to Beltane the more activity we have encountered out in the field.

We investigated a north metro bar/restaurant in early April. The place is said to be haunted and employees have reported hearing footsteps on stairs, slamming doors, and being touched. We have found minimal evidence from our investigation there, though we did have some personal experiences. Can the creepy feeling, footsteps on the stairs be explained away as something natural? Perhaps. I do think there was someone there with us that night but only for a short time, and we’ve no evidence to back this up. 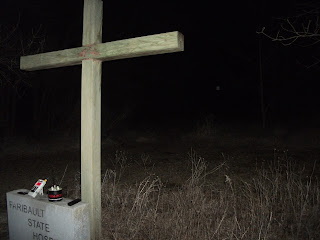 In mid-April we went back to the very active area near Walcott Mills that was used as a farm colony to train Faribault State Hospital patients in the art of agriculture. There were only five of us on this investigation – far fewer than we’ve ever had at that location before – and it was quite an experience. From the vacant land where babies have been laid to rest in unmarked graves to the old concrete buildings down the road, the supernatural energy was everywhere. I’ve often said this location? Perhaps the most haunted place I have been to and it draws me back time and again. When I step out of the car near the vacant land where the unmarked graves are, I can feel spirits everywhere. Almost too much to bear, it is fascinating at the same time. 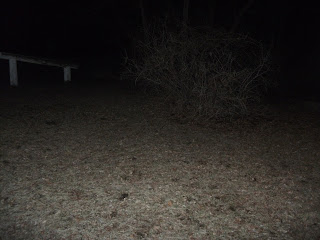 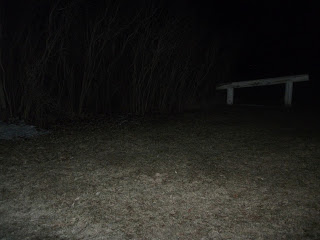 It was at this location where a full bodied apparition of a man wearing a blue shirt appeared next to me on our first investigation of this place. This time around we heard voices, and repeatedly searched the woods and the road trying to determine where they came from, we came up empty handed. It was a cold night, and the day after a major snow storm here in Minnesota, so chances of someone being out there were slim. Our searches found no living people near us in the woods, so where those voices supernatural? We will know just as soon as all the data is reviewed from that night. Of course, I will share what I find at that time. Stay tuned ;)


﻿﻿﻿﻿﻿Last weekend we invited to investigate a big, old mansion in south Minneapolis, built in 1900. Interesting and amazing, this old enormous historical house has secrets to tell, I just know it. We had some personal experiences, and I felt a few spirits around us.  We are now going over our data, and are finding some amazing things to reveal to the owner sometime later this month. 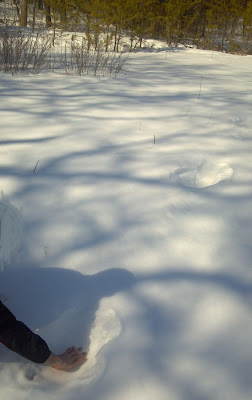 The SIM phone and email has been very active with reports. Folks in outstate Minnesota have been telling us about Bigfoot tracks.  The photo on the right shows these giant footprints in the snow, open it up and look closely, it is very intriguing.

We have also had reports of strange lights in the sky, and of course ghosts. Our second Bigfoot Expedition will be in late May; we are headed for the borderlands once again, and me? I hope I get to see Sasquatch, eye to eye ;) Last year we found footprints that we think were made by a squatch, and this year we will camp in that very place, hoping, to find evidence of this elusive creature. Exciting stuff – all of it. Squatchin' though? Is my new favorite supernatural investigation, and fingers crossed that we actually find SOMETHING. Gee, I think we should have tshirts made just for the expedition, perhaps something like:  SIM Crew Gone Squatchin' – hey that sounds awesome, yes?

Posted by Stephanie Ayres at 11:31 AM